An important breakthrough in the field of soybean genome research
Date：2022-04-15 Page Views: 10

Screenshot of the thesis

Soybean is an important crop, providing both oil and protein, has an important role in the development of the national economy. Cultivated soybeans originated in China, was domesticated by the long-term targeted selection and breeding from ancestral wild soybeans, but in the process of domestication and improvement, only a small amount of genetic resources were manually selected, which results in a serious genetic bottleneck effect and greatly limited the yield and quality improvement of cultivated soybeans. In recent years, China's soybean production has stagnated, imports have continued to grow, and more than 80% of the soybean production depends on foreign imports, which seriously threatens our food security. Thus, the germplasm improvement and breeding of soybean is imminent. 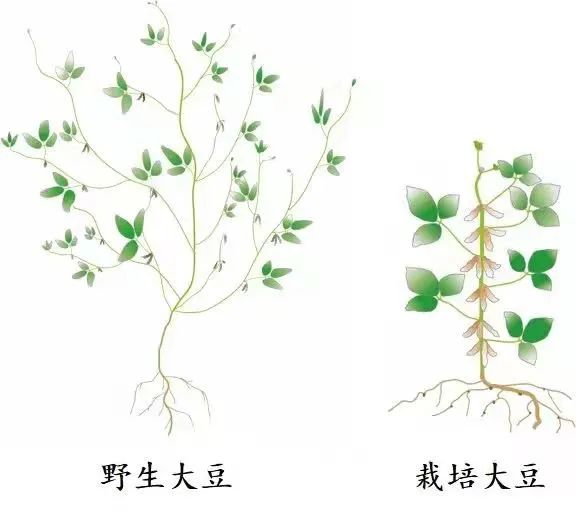 Soybean is a member of Leguminosae family, belongs to Glycine genus, which is divided into two subgenuses, Glycine and Soja. The subgenus Soja is divided into annual wild soybeans (G. soja) and annually cultivated soybeans (G. max). Wild soybeans are an important genetic resource for traits improving of cultivated soybeans. Currently, reference genomes of representative annual soybean germplasm have been reported in the Soja subgenus, and high-quality pan-genomes have been constructed based on graphic structure, which provides an extremely important resource and platform for in-depth study of soybean functional genomics. However, with the rapid development of soybean breeding, soybean germplasm resources are relatively scarce. Perennial wild soybeans have abundant genetic diversity, and excellent biotic/abiotic resistance. The genetic diversity serves as valuable resources for the mining and breeding of important agronomic traits of cultivated soybean. However, due to the large, repetitive sequences rich and high heterozygous characteristics of the perennial wild soybean genomes, construction of high-quality chromosomal-level reference genomes have been successful.

In the reported study, the researchers selected five representative Glycine species (representing A, B, C, D, F subgenome types in the Glycine subgenus, respectively) and a naturally formed tetraploid (AADD) perennial soybean for whole genome sequencing. By combination of sequencing technologies such as second-generation, third-generation and hi-C. High-quality reference genomes at the chromosomal level were assembled for the six species respectively, and a pan-genome of genus Glycine was constructed for the first time. 109,827 non-redundant gene loci were identified in the perennial soybeans and 70% of them were found to be lost in the subgenus Soja, severing as valuable genetic resources for soybean breeding.

Prof. Dajian ZHANG, the corresponding author of the paper, said that in recent years, with the continuous development and progress of molecular biology technology, more and more evidence shows that the structural variation of large fragments is widely present in the crop genome and affects many important agronomic traits. In this study, 183 large-scale genomic structural variations were identified by establishing a collinear relationship between the genomes of the two subgenus, which affected important phenotypic characteristics such as soybean flowering time, disease resistance and stress resistance, and accurately analyzing these structural variations was of great significance for improving soybean yield, quality and other agronomic traits. 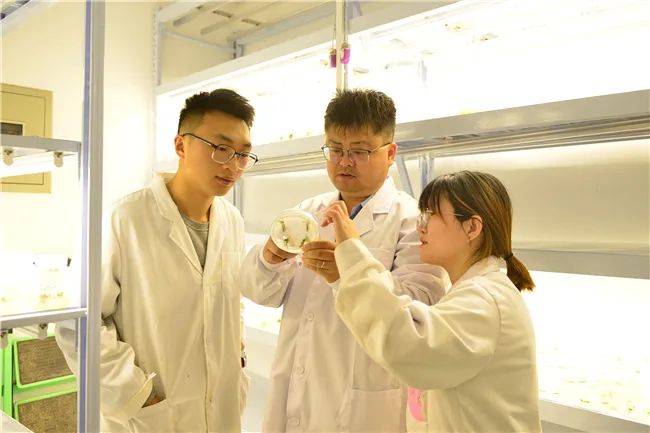 Prof. Dajian ZHANG has been working on identification of the domestication genes of important agronomic traits in soybean and dissecting their molecular mechanisms for many years. By now, he has published many papers in the peer reviewed journals such as Nature Plants, Molecular Plant, Journal of Integrative Plant Biology and high impacted academic journals as the first or corresponding authors (including co-authors). Combined with the content of the previous research, in view of the important genes that have been discovered for quality and yield, the research team has bred high-yield and high-oil soybean varieties suitable for planting in the Huang-Huai-Hai region by using molecular marker assistant technology, and the new variety has participated in the regional test of soybeans in Shandong Province, performed well.