On November 3rd, the 2020 National Science and Technology Awards Conference was held in the Great Hall of the People. SDAU won 3 national science and technology awards. 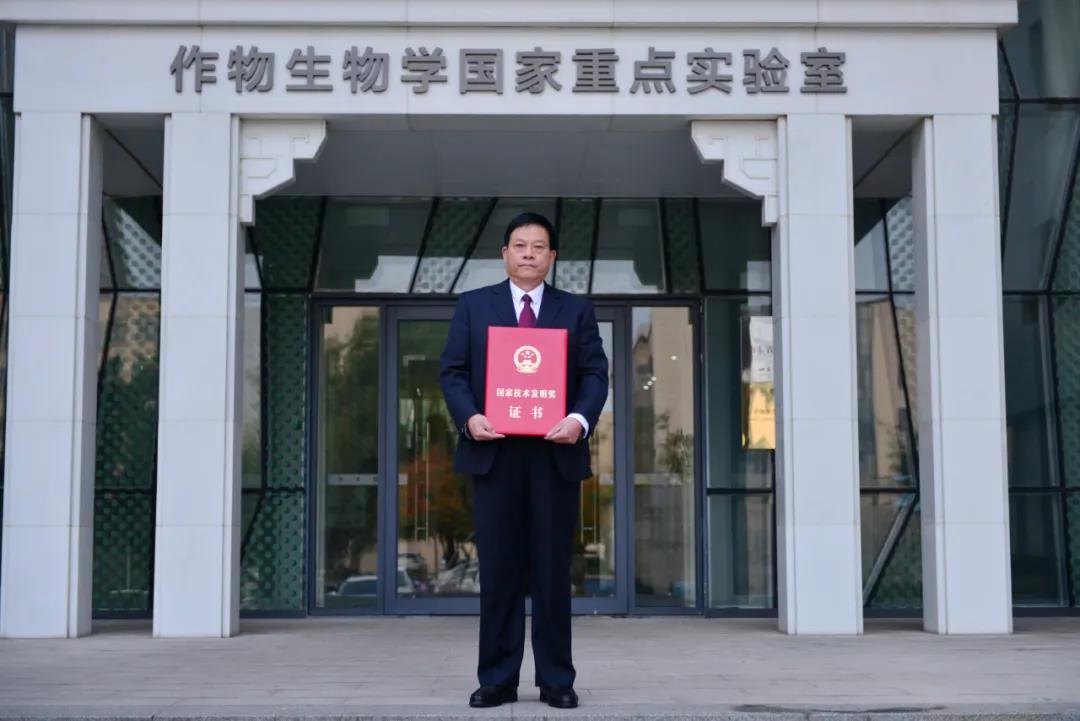 China is the largest apple producer in the world. The annual yield and planting area of apples account for more than 50% of the world’s apple yield and planting area. It is a pillar industry that increases farmers' income. However, there is a serious shortage of unique and diversified varieties. Excellent germplasm of high-flavonoid (red flesh) apples are extremely rare and require long breeding cycles. To tackle this problem, Professor Chen’s team has been making huge efforts to breed new varieties of high-flavonoid- apples (red flesh and red skin) and focusing on evaluation mining and innovative utilization of Xinjiang red flesh apples and “Red Fuji” in the past 10 years. Breakthroughs in core technologies about apple breeding and cultivation have been achieved, and systematic innovation results from theory to technology, varieties and products have been formed. According to Professor Chen, to breed new varieties of red-flesh apple, his team first confirmed that Xinjiang wild apples are the ancestors of cultivated apples worldwide. They then utilized the hybrid population of Xinjiang red flesh apples and "Red Fuji" to uncover the molecular mechanism of flavonoid formation in apples, which led to the creation of an excellent high-flavonoid germplasm CSR6R6. They also used CSR6R6, "Gala", "Fuji" and other apple varieties as parents to breed 6 new red-flesh apple varieties such as "Xing", "Fu", "Mei" and "Man". These new varieties have filled the gaps in red apple varieties in China, and have lots of unique features, such as excellent fresh food quality, high flavonoid content, easy coloring, and bag-free. During the selection and breeding of red flesh apples, his team also invented an apple breeding method named as “Three-choose, two-early and one-promoting”, which has greatly shortened the breeding period from 20 years to 15 years. 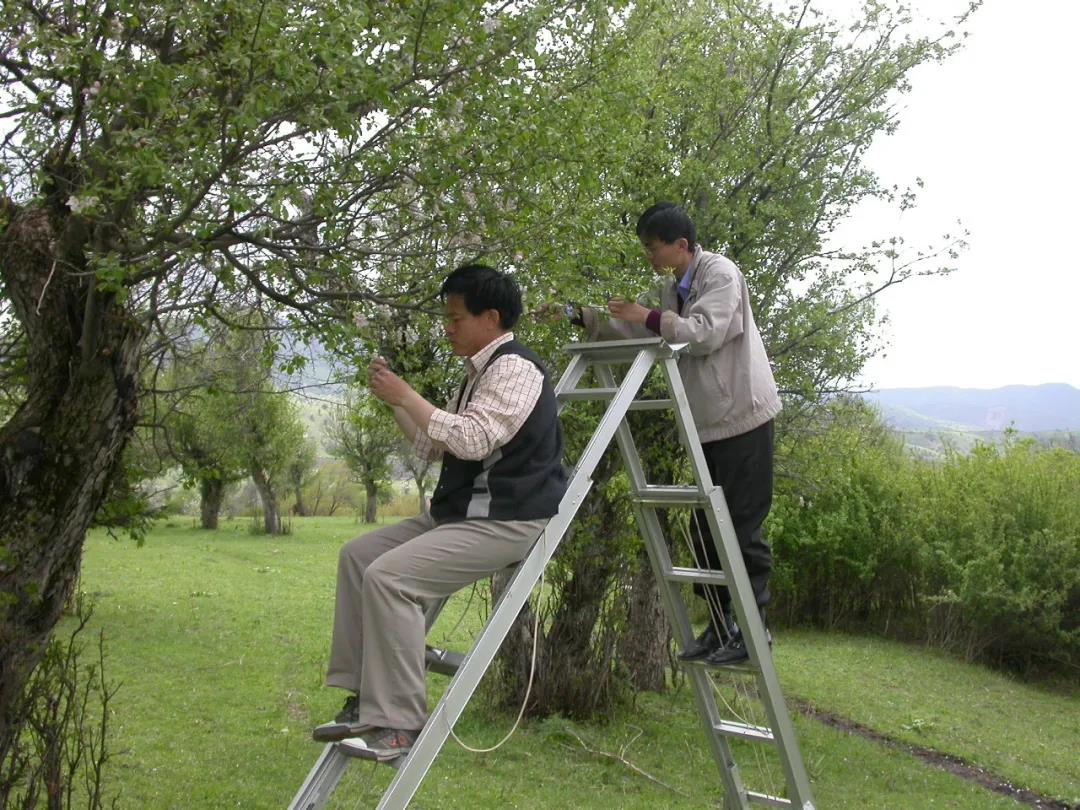 The degree of apple coloration is a key indicator that determines the selling price, and the anthocyanin content of the peel is an important factor affecting the degree of coloration. "We found that the methylation level of the MYB1 gene promoter was significantly negatively correlated with the pericarp anthocyanin content. Based on this, we invented an early molecular identification technology for apple red bud mutation based on the detection of MYB1 promoter methylation level, which shortened the breeding period by 2 to 3 years." Prof. Chen said. They also used this invention technology to breed 5 new red bud mutant apple varieties such as "Longfu" and "Yuanfuhong".

Professor Chen’s team also proved that Fusarium is the main pathogen causing continuous apple cropping obstacles in China, and invented green prevention and control technologies for continuous cropping obstacles, labor-saving and high-efficiency cultivation models, apply young trees early-fruit and high-yield technology, and high-flavonoid cider process technology for the new varieties. The whole system has become a “weapon” for overcoming production problems such as the urgent need to update the aging orchards in main apple-producing areas, and the continuous cultivation during the promotion of new varieties, which helps to extend the industrial chain.

So far, a total of 55 patents have been granted to these new varieties, new technologies, and new models, including 1 international invention patent and 40 national invention patents. 10 new varieties have been approved and 7 new plant varieties have been granted. Recently, in Shandong, Shanxi and Gansu provinces, the planting area has expanded to more than 5.13 million mu, which has created more than 11.5 billion yuan in economic benefits.